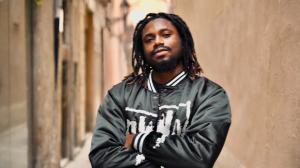 SPAIN, April 25, 2022 /EINPresswire.com/ — VanMilli is an artist, songwriter, producer, creative director, and music executive. He is popularly known for his distinct style, sound, and production. VanMilli is known for fusing different genres of music. The talented artist releases Eazy-E Music Video, which is a tribute song to American rapper Eazy-E.

Why is the name of the song Eazy-E? Eric Lynn Wright or known professionally as Eazy-E was an American rapper who made West Coast rap and Gangsta rap popular. He led the band N. W. A., and the label Ruthless Records. Eazy-E is often known as the Godfather of Gangsta Rap. N.W.A.’s debut album Straight Outta Compton was released in 1988 and has been regarded as one of the most influential music albums. The third album Niggaz4Life by the group was released in 1991 and after this, the group disbanded.

Eazy-E’s last album Str8 off tha Streetz of Muthaphukkin Compton, was released ten months after the death of Eazy-E.

VanMilli was much influenced by the musical style of the American rapper Eazy-E and this is the reason why he made this music video to pay tribute to the rapper.

VanMilli is a musician, songwriter, producer, creative director, and executive in the music industry. His distinct style, sound, and production are well-known. He is known for fusing various musical genres.