“No Body (Else)” Single Cover 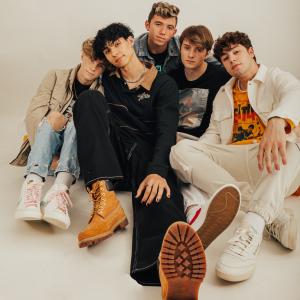 ORLANDO, FL, USA, October 27, 2022 /EINPresswire.com/ — As we approach Halloween, KDS Platinum Records, the label behind America’s new favorite boy band No Lonely Hearts, announced the group’s latest single, “No Body (Else).” Fans were treated to an early release of the track on YouTube, with its official release on all streaming platforms today.

The music video for No Body (Else) was released and shot for this Halloween season as a tribute to Michael Jackson’s Thriller music video, released in 1983. No Lonely Hearts members Alex, Oliver, Dylan, Brian and Aidan wanted to make a music video that had references to Thriller, but also spotlighted an original idea with a story of five vampires that are drawn to a beautiful woman in a haunted castle, as they dance and sing to her fandom. As the music video develops she starts to become a superfan of the vampire boyband, but by the end she has her own ghostly bag of tricks. The music video is shot to the band’s original track.

Says KDS Platinum Records CEO Steve Ruff: “We are very excited and honored by the industry’s positive feedback and the momentum we have experienced heading into the holiday season.”

The five-member band is composed of Oliver who hails from Orlando, FL, Brian from Fort Lauderdale, FL, Alex from Bergen County, NJ, Dylan from Dallas, TX, and Aidan from Eerie, PA. This is the group’s third single following the success of “Cruel Summer” and “A Little Bit Longer.” The group plans to release more music in the near future.

About No Lonely Hearts
No Lonely Hearts (NLH) is America’s hottest new boy band, composed of five young men that were hand selected by the team that worked with The Backstreet Boys, Nsync, and Pink, during an intense, nationwide audition process. Ranging from the ages 18-22, Oliver, Brian, Dylan, Aidan and Alex spent the last year working with the very same team who helped create N’Sync and Backstreet Boys. The group’s choreographers, producers, coaches, trainers, and entire development team in Central Florida helped the group perfect their vocal and performance skills. No Lonely Hearts has been busy in the studios with Lady Gaga, Taylor Swift producers as well as Max Martin’s team of writers. The band released their 3rd single, “No Body (Else)” in October 2022.