Kickstarter campaign for Legend of Glaive 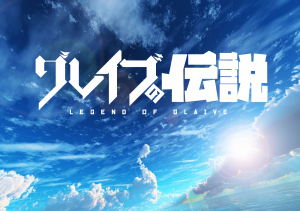 OSAKA, JAPAN, November 15, 2022 /EINPresswire.com/ — The global Anime market grosses $27 billion each year but the voice actors and animation professionals who make the medium a success see little in return. One revolutionary production house is changing the narrative to include higher wages and residual pay for the professionals behind the scenes. Meet Global Media Bank Japan (GMB Japan), a newly formed Japanese podcast production studio that aims to produce original anime-style audio series like the Legend of Glaive. This woman-produced project is led by Japanese producer and managing director Yu Rivers.

Rivers knows fantasy and anime storytelling is a lucrative market; through this project, she is carving out a sizeable niche for female creatives in the industry. With her first rendering of the Legend of Glaive, Rivers announces a Kickstarter campaign to unite the anime community in bringing about a unique story.

Starting November 15, 2022, members will have access to Season 1, where the hero, Shion Neruba, travels through time to save the Dying Earth from chaos. The protagonist journeys over the ages in search of the elusive Glaive. The global production spans two continents and is a memorable experience for fans.

Experts suggest that one-third of the world’s population is watching an anime series, and Rivers is bringing a new twist to the genre with Legend of Glaive. The first of its kind, Legend of Glaive, will be dubbed in both English and Japanese. The original moving soundtrack penned by famed composer Tokyo Penguin mixed with seasoned voices creates a sensational story that includes drama, action, and fantasy elements. Each 20-minute episode is sure to please anime fans and newbies.

Shion is voiced by the dynamic duo of Sean Paulsen and Shu Sagisawa. Together their talented voices bring the trials of Shion to life in both languages. Roanna Cruz and Yuri Takashima voice the lead female character Yuna Kawakami who travels to the future after the death of her parents. Other notable voices include Ali Gohar, based in Edmonton, and Yaboku Takemikazuchi, who plays Shion’s master. Audiences are treated to this cast of rich cadences under the direction of Mike Ciporkin.

For more information, contact Kevin Rivers at [email protected] or (248) 387-9116‬ or logon to Kickstarter: https://www.kickstarter.com/projects/gmbjapan/legend-of-glaive?ref=discovery