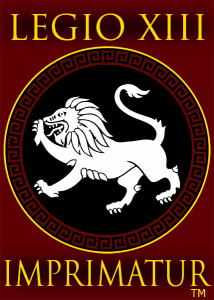 LOS ANGELES, CALIFORNIA, USA, December 15, 2022 /EINPresswire.com/ — Even as the major streamers are fighting each other, new independents are aiming to take ground away from all the majors, permanently. Eartha Kitt C’est Si Bon, the long anticipated feature-length biopic about the beloved global icon of stage and screen, has opted to stream exclusively through the nascent Direct To Audience Network (DTAN). It is a major coup for the startup DTAN, and underscores a glaring weakness of major streamers positions: they cannot control distribution any longer. With major streamers squeezing the pennies they pay independent producers, others are sure to follow the trend.

“Eartha Kitt C’est Si Bon is the kind of film which in the past would have gone to a major platform like Disney+ or Peacock,” Says Dano Veal, owner of the DANO Network and the President of Streaming Operations for DTAN. “But independent producers no longer need the majors to reach the audience. Technology has reached a tipping point, it’s outgrown the majors. We can deliver shows to a global audience as easy as Netflix.”

Eartha Kitt C’est Si Bon seems the perfect film for a rising network. “Eartha Kitt is seen by more people every day, and more people fall in love with her every day,” says Diamond Monique Washington, one of the film’s directors. “The film has an established, growing and global audience whose demographic crosses ages 5 through 90. That audience is bolstered every day by the continued popularity of Eartha Kitt. For instance, The Emperor’s New Groove franchise is out again, Santa Baby, is still out, and the Batman franchise constantly reminds people that Eartha Kitt is the most famous Catwoman.” The popularity of the film is expected to bring millions of viewers to the DTAN, which will allow them to compete with major streamers.

Leigh Ariana Trifari, President of Marketing at Legio XIII Imprimatur Inc. adds, “The only real challenge is marketing. But that’s always the case. Even major distributors and streamers do little or no marketing for the independent films they carry on their platforms or their subs. They generally use independent film as traffic generators, with a bait-and-switch algorithm to sell their own content. The independent sector has watched this with growing anger. We aren’t taking it any longer.”

Aside from audience draws like the Eartha Kitt film, how will DTAN be profitable in the long run? Veal answers, “The better question is: how will the majors stay competitive when they are addicted to mega-budgets even for shoddy product? Netflix is over $16B in debt. Hulu has never turned a profit. All the majors are retreating back to the proven advertiser-funded paradigm that made television profitable. We are doing the same thing, but unlike the majors, we aren’t in debt.” Veal details that advertising spots on the fall 2023 run of Eartha Kitt C’est Si Bon are already being sold. He expects that the available spots will run out long before the film is even finished shooting. “We will have interesting alternatives available for the later buyers,” says Veal, “In the meantime advertisers are making inquiries through Legio XIII.”

Producer Shadow Dragu-Mihai says “Netflix had expressed interest in Eartha Kitt when we were in development, but at the time they had difficulty envisioning success for a story about a strong Black female. And they seemed to not understand an artistic form like the choreopoem, wanting it to be a plain vanilla biography. Well this year Sony has The Woman King, and Disney released the second Black Panther installment. And Blonde is not plain vanilla. Audience acceptance is a fact. But it’s probably too late for the majors to get in. Eartha Kitt C’est Si Bon is independently funded and we have shareholders to take care of. And AVOD sales through DTAN are already opening up, so if anyone else wants in, it’s going to get very expensive, very quickly.”

Eartha Kitt C’est Si Bon stars Star Trek’s Robert Beltran as Orson Welles, Kenan’s Dani Lane as Eartha Mae, Carrie Cain Sparks as Ella Fitzgerald, Trina Parks (Diamonds Are Forever’s Thumper) as Loucile Ellis, and Ashlee Olivia Jones in the title role of Eartha Kitt. It is directed by Diamond Monique Washington and Shadow Dragu-Mihai. The film is represented by exclusive licensing authority Legio XIII Imprimatur Inc.. The DTAN is coordinated by the International Independent Producers Guild, and all inquiries about the DTAN should be directed to the IIPG website at independentproducersguild.org.