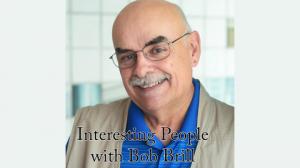 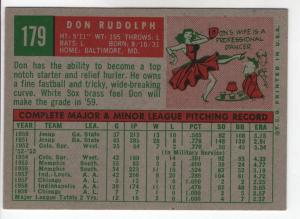 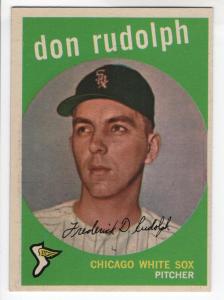 Unlikely Love Story Has the Makings of a Hit Movie

Set for release in late September, the dramatic feature podcast “Major League Stripper—The Real Story of a Burlesque Queen and Her Major League Pitcher Husband” chronicles the relationship between MLB hurler Don Rudolph and Patti Waggin, the “fresh-faced girl next door” who famously walked the stripper’s stage during the 1950s and 60’s. Rudolph pitched in the major leagues for the Chicago White Sox, the Cincinnati Reds, and the Washington Senators until his untimely death in 1968.

“The story of Don Rudolph and Patti Waggin is one of many facets,” Brill says. “It’s a love story, it’s a story about good versus evil, but it’s also a story of a changing America. Don and Patti live their lives and confront change while America is growing up and changes in the background.”

Now in post-production, the podcast series comprises ten to twelve episodes of fifteen minutes each. This latest project is not the first time Brill has delved into the intriguing and inspirational lives of the husband-and-wife duo. Brill was six years old when he bought his first pack of baseball cards and discovered the story of Don and Patti: “The back of Don Rudolph’s card features Patti and Don in a cartoon with the caption ‘Don’s wife is a professional dancer.’ It wasn’t until many years later I learned that actually translated to burlesque queen and ‘stripper,’ ” he says. “When I first saw Patti’s picture on the back of Don’s 1959 Topps baseball card, I couldn’t believe it. I didn’t understand but it made such an impression on me, I knew something had to happen to bring their story to life, whatever it was, and it is a great story.” That’s when he set about telling it. Having acquired legal rights to the couple’s story, Brill has written a feature-length screenplay “which is inspired by my published book ‘Fan Letters to a Stripper’ ” (Schiffer Books 2009).

The book and screenplay have in turn spawned the upcoming podcast, which features more than one hundred speaking roles showcasing Hollywood actors and actresses and radio personalities. “The voices you hear in the podcast are some of the most famous ever heard on Los Angeles radio. It’s nice to have friends who you have worked with and admired in many cases to participate on a project like this one. Hollywood is missing out every day until this story gets made into a feature film,” says Brill.

The podcast covers their love story and more from the mid-1950s to about 1970. The script and podcast detail a time when America’s social mores were changing, from the prosperity and hidden morality of the 1950s to the social upheaval of the Vietnam war and the civil rights movement of the next decade.

Brill’s production company will also offer three NFTs based on three versions of one of Waggin’s actual costumes with a super-imposed photograph. Worn on stage by Waggin in the 1950s, the costumes are superbly preserved. There will be other premiums offered to go along with the different NFT levels. Purchasers of the highest level NFT will be presented with a limited edition of the book.

Bio: Originally from Pittsburgh and an award-winning journalist, filmmaker, screenwriter, and author with more than a dozen published books, Bob Brill began a stellar career in broadcast journalism in 1972. Winner of the prestigious Edward R. Murrow Award, Brill is currently a news anchor at the only all-news radio station in LA. His storied radio career includes work as a UPI National Correspondent and bureau chief. Brill was covering the LA riots in 1992 when he was attacked and beaten, and the chilling audio tape of the event is considered a landmark in broadcast history.