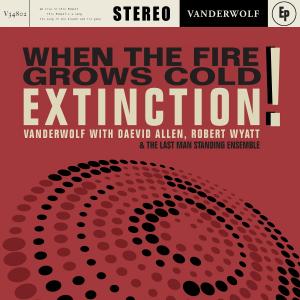 Vanderwolf – “When The Fire Grows Cold” 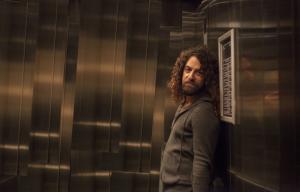 ASHEVILLE, NC, USA, April 15, 2022 /EINPresswire.com/ — Vanderwolf has released his new single, leading with the A side “When The Fire Grows Cold”, a piano-led cinematic nightmare-lullaby co-sung by the legendary musician-activist, Robert Wyatt. The B side is “Extinction!”, a 7-minute Balkan-brass psychedelic fantasy featuring the late, great Daevid Allen’s glissando guitar solo and the wonderful Terry Edwards (PJ Harvey, Lydia Lunch, Tindersticks) on saxophone. These two epic tracks capture the polarities of Vanderwolf’s vision: one song precise and quietly disturbing and one sprawling and transcendent.

As well as being a musician with a long and storied history (most notably as vocalist with semi-legendary London band Last Man Standing, whose sole album in 2007 received plaudits from Mojo and Uncut), Max Vanderwolf has a hugely successful career as a music programmer and concert producer, working for some of the worlds’ most celebrated clubs and concert venues. These include New York’s legendary Knitting Factory and London’s internationally-renowned Royal Festival Hall, where for 9 years he produced the Meltdown Festival working closely with David Bowie, Patti Smith, Jarvis Cocker, Massive Attack and Ornette Coleman. It was while working on Meltdown that Vanderwolf forged his friendship with Robert Wyatt.

Explains Vanderwolf: “I had produced a tribute to Wyatt in NYC many years ago. Fred Frith, Peter Blegvad, Hugh Hopper and many others appeared. Robert gave it his official nod of support. When I moved to London to produce my first Meltdown Festival, Robert seemed the obvious choice to curate it, and from that, a lovely friendship evolved. Of course it was daunting asking him to sing something I’d written. I know he gets a lot of proposals of which he turns down nearly all. But happily, he said yes. He said he thought he could sing this set of lyrics— and commented about the possibility of singing about his father. It was a huge relief to me.”

“When The Fire Grows Cold”, which features co-producer Sam Sallon on piano, is lifted by what Wyatt referred to as a “peasant-chorus”. Award-winning video director Alden Volney also depicted the “peasant chorus” in the accompanying video for the song.

Watch the video for “When the Fire Grows Cold” featuring Robert Wyatt: https://youtu.be/d6PCQlhZdTA

The idea of these tracks being paired is partially due to the thematic link of the lyrics: the folly of human progress that has brought us to the very brink of our own mass extinction. But it is also a linkage between Wyatt and Allen who met as kids in Canterbury England when Daevid Allen became a border in the Wyatt household at the age of 16. He had been shipped off by his family to England because he was too effeminate and too artistically-inclined for the rugged testosterone-driven culture of Australia in the early 1960s. “Allen showed up with Charlie Parker albums under his arm and from their mutual love of bebop a creative partnership was formed. We tried to reflect that love for jazz in the album artwork and the music itself.”

A new album from Vanderwolf will be released this summer.

A: When The Fire Grows Cold Feat. Robert Wyatt

Max Vanderwolf has recorded more than 11 albums under his own name and as part of various bands. Many more went unreleased. Some evanesced from the catalogues of fledgling independent labels. Under his name, or various pseudonyms, he has also appeared on festival bills performing with various other musicians’ projects, his own bands and small orchestras.

While this isn’t unusual for a busy musician, what is unique is that concurrent to this activity, Vanderwolf lived under an assumed name, spending most of his daytime hours working as ‘Glenn Max’ as a music programmer and concert producer, including overseeing London’s legendary Royal Festival Hall. There, for 9 years he produced the Meltdown Festival working closely with David Bowie, Patti Smith, Jarvis Cocker, Massive Attack and Ornette Coleman.

Vanderwolf then shifted over to East London’s underground music scene finding a home at the notorious Village Underground where he established a stronghold for his unique curatorial visions while producing concerts in Brooklyn, Rome and Paris for such notable artists as John Cale, Sparks and the Residents.

Amongst his bands, Last Man Standing made the biggest impact. Emerging from the infamous Soho drinking den, The Colony Room and fueled by alcohol, the YBA movement and the notorious Lost Vagueness parties in south London, the band were soon playing the full array of UK festivals with their incendiary live show. Their sole album, “False Starts and Broken Promises”, earned 4 and 5-star reviews from Mojo, Uncut and others with favorable comparisons to Bowie, Alex Harvey, Tom Waits, SteelyDan and Lou Reed.

Despite encouragement from friends and fellow musicians, Vanderwolf always shrugged off releasing a follow-up album.

A new period of studio activity, writing, recordings and remixing tracks was overseen by Sam Sallon and David Watson and produced a wealth of new tracks all of which will be seeing the light of day in Vanderwolf’s new album, due this summer.