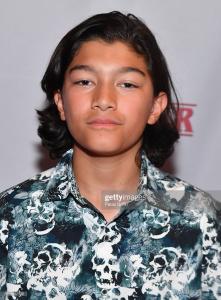 Cruz Abelita at a “Stranger Things” screening in ATL. 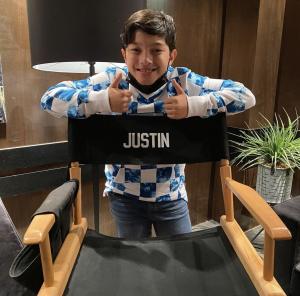 Cruz Abelita on set of “Step Up” 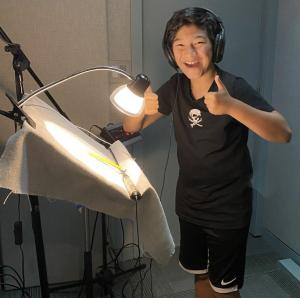 The young actor joins a growing list of proud Filipino actors while impressing audiences with the emotional investment and sensitivity he brings to each role.

ATLANTA, GA, UNITED STATES, September 17, 2022 /EINPresswire.com/ — While it can take many actors years to develop the deep introspection necessary to masterfully embody their on-screen personas, teen actor Cruz Abelita makes it look easy. His insightful approach and mastery of his characters are garnering the attention of industry insiders and landing him two exciting upcoming film roles.

The rising star already seems like a pro on the screen, even at the young age of 13. Abelita was bitten by the acting bug at the tender age of 6 after enrolling in an acting camp, and he has been hooked ever since, honing his craft and impressing those around him along the way.

Abelita broke into the industry with his debut film role as Danny in “Words on Bathroom Walls.” He also appeared in Dolly Parton’s Netflix movie “Christmas on the Square.” But most notably, Cruz is known for his work portraying Justin in the Lionsgate TV series “Step Up” on STARZ, a drama-filled musical series following dancers in a contemporary performing arts school.

In the series, Abelita’s Justin deals with numerous personal trials, which poses professional challenges for the actor playing him. Cruz has found a remarkable way to capture Justin’s mindset and create a compelling character beloved by the audience, and his artistic approach hasn’t gone without notice.

“I’ve had the great pleasure of working one-on-one with Cruz Abelita throughout his acting journey,” said Julia Jones with the Imagination Emissary. “Empathic, kind, and a serious young artist, Cruz has always been blessed with a strong inner emotional machine. Easy to work with and well prepared, Cruz is the kind of young artist who isn’t afraid to navigate his own depths and imagination. I think he truly cares about his characters and feels the stories he’s telling on camera. Every time I work with him, I feel honored to witness such vulnerability and kindness in such a young person.”

Next, Abelita will take that same imagination and passion for his characters in two upcoming feature films in 2023, a soon-to-be-announced studio film and the Judd Apatow film “Do Not Destroy.”

As Abelita continues to make a name for himself in the industry, he is also proud to join a growing list of Filipino entertainers making their way onto the big screen, including Lou Diamond Phillips, Bruno Mars, Vanessa Hudgens, Olivia Rodrigo, Manny Jacinto, Dante Basco, Vanessa Lachey, Hailee Steinfeld, Jacob Batalon, Chloe Adona, and Jo Koy.