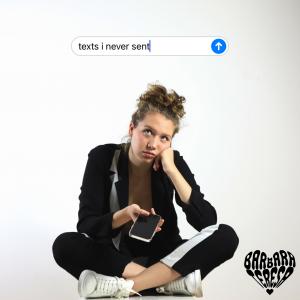 There’s something about this track that just speaks to us all no matter the age, the gender, religion or anything at all…it just understands what it means to be human”

Born in Venezuela, to Colombian and Chilean grandparents, Barbara Teresa has split her time between Caracas and Los Angeles, California where she now resides. She studied music from an early age, influenced by a wide array of musical genres and icons such as Elton John, ABBA, Taylor Swift, Queen, Lorde, and Billy Joel, and became “partners-in-crime” with her beloved guitar while writing her tale songs. “Songwriting is an essential part of my life,” Barbara Teresa explains, “the muse is constantly present in my head whether I’m talking to someone or sound asleep, all I can see, and feel are melodies and words that will become the next song to record!”

Currently, the 19-year-old singer/songwriter is attending Duke University in North Carolina, where she divides her time studying psychology as well as media studies and creating sounds that are uniquely her own for the new chapter in her musical life.

Texts I Never Sent Part 1 and Part 2 as well as the promotional single “Overrated” are currently available in all digital platforms including Spotify and Apple Music, subsequently the full EP will be released on August 26, 2022.