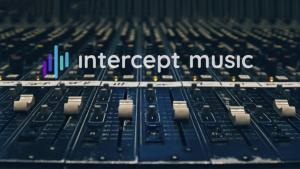 By forging a powerful partnership, Intercept Music and Method Man underscore the value and importance of artistic emancipation in today’s creator economy.

Method Man made his introduction into the entertainment industry in the early 90s as one of the founding members of the iconic Staten Island-based hip hop group Wu-Tang Clan. In 1996, he won a Grammy Award for “Best Award for Best Rap Performance by a Duo or Group” for “I’ll Be There For You/You’re All I Need to Get By” featuring American R&B singer Mary J. Blige. Following an incredibly successful musical career — during which he shot to stardom not only as a Wu-Tang member but later pairing up with Redman for a series of studio projects — Method took his sizeable talents onscreen with recurring roles in critically acclaimed television shows such as The Godfather of Harlem, Rodney in The Deuce, Luke Cage, HBO’s Oz as Tug Daniels and The Wire as Cheese, The Breaks and in feature films including How High, The Cobbler, Red Tails, Belly, Garden State, and Concrete Cowboys to name just a few. He is currently keeping fanatical fans tuned in as the hotshot lawyer Davis MacLean on the hit drama series Power Book II: Ghost, a role that earned him the “Outstanding Supporting Actor in a Drama Series” at the 2022 NAACP Image Awards.

“This is a magic milestone for Intercept Music. After years of conception, working closely with artists to fine-tune our suite of innovative service offerings, we are proud to deliver a revolutionary technology platform expressly created for independents. Method Man is a global icon and the living embodiment of ‘independence empowered.’ With the rise of creators who seek creative solutions to their financial futures, I can think of no better partner to launch our enterprise, which is focused on advanced technologies for the entertainment industry. We’re excited about what we will achieve together while arming indie artists and labels with new power tools to achieve their wildest artistic ambitions.” – Tod Turner, CEO of Intercept Music

Intercept Music unshackles monetization opportunities with leading digital music aggregators and empowers through effective analytics. From the boombox to your Beats, Intercept provides a superior suite of products designed to arm, issue, and accelerate creative advancement so independents can keep 100% of their rights and masters. A potent partner in artistic proclamation, Intercept Music rewards independence with monthly revenue payments—access royalty earnings in real-time with no hidden fees and 100% artist-maintained ownership.

“I am so honored to be a part of these revolutionary times as independence take center stage. Our goal at Intercept Music is to give voice to emerging and established artists and labels by providing the tools they need to succeed. Forging a powerful partnership with Method Man, Intercept underscores the value and promise of artistic emancipation in today’s creator economy.” – Ralph Tashjian, Chairman, Intercept Music

As Intercept launches a fresh blueprint for artistic industriousness, it’s dedicated to providing artists with unexplored prospects to create a modern-day music career.