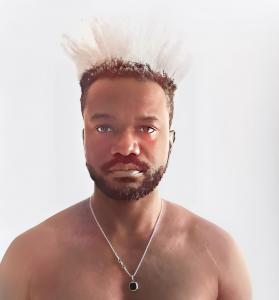 Still.Teddy is one of those rare artists who can take any musical style or genre and make it his own”

COLUMBIA, MD, USA, August 25, 2022 /EINPresswire.com/ — Hailing from Liberia, prolific musical artist Still.Teddy is known for his transcendent beats and meaningful lyrics. Always imbuing his music with soul and emotion, Still.Teddy has lent his expertise to some of the biggest names in music including Foxy Shazam, NUEX, Automagik and more. He has now announced the release date for his inspiring new single called “Scene One.” Releasing on August 28th, 2022, the new single will be accompanied by a visually striking music video. This release serves as Still.Teddy’s very first venture as an independent musical artist.

A representative for Still.Teddy made an official press statement “Still.Teddy is one of those rare artists who can take any musical style or genre and make it his own. He has worked with very big names in the music businesses as a producer and multi-instrumentalist. His work has been recognized by globally renowned media platforms such as Washington Post, Billboard Magazine, AfroPunk and more.”

The representative further added “The new single is full of emotion, creativity and expression. We hope for all listeners and followers to enjoy this song as Still.Teddy embarks on a new milestone in his musical career. With ‘Scene One’ releasing on August 28th, more exciting projects are already in the works and will be revealed to the public soon.”

The new song “Scene One” is about overcoming obstacles to accomplish great things in life. With an inspiring and soulful sound, the song empowers listeners to eliminate their limiting beliefs about themselves. The song will be available on all major streaming platforms.

More details about Still.Teddy can be seen at

Bisbee Festival of the Arts in Unique Small-Town Arizona