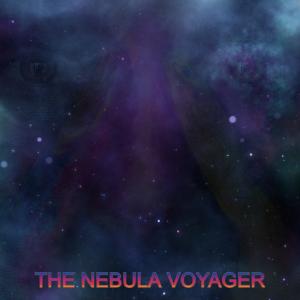 An album of 19 Spaced-Out compositions inspired by Astronomy and artists such as Tangerine Dream, Hans Zimmer, Steve Hillage and John Carpenter

ASHEVILLE, NC, USA, April 6, 2022 /EINPresswire.com/ — Experimental musician and author, Billy Yfantis, releases his 5th album entitled “The Nebula Voyager.” A nebula is a gathering of interstellar clouds that forms a unique body (which can consist of cosmic dust, hydrogen, helium, molecular clouds; possibly as ionized gases). The great majority of Nebulas are hundreds of light-years in diameter. Billy Yfantis explores musically the “Nebula” concept by composing music inspired from the formation of existing nebulas as they are described in official astronomical catalogues.

The new album features 19 instrumental tracks including “City Lights” which was performed at the online edition of the Mrož festival 2020 and a 2021 remix of the previously released track “The Mysterious Trip.” The dreamy atmosphere of the album was created by using the Sound Design recording technique through the use of both hardware and software synthesizers. If you are familiar with cinematic soundtracks and music styles such as Avant-Garde, Krautrock, Experimental and Ambient, then you are definitely in the spirit of this release.

Billy Yfantis commented on the release: “The main scope of the album was to explore Astronomy beyond the popular science fiction concept. The 16 tracks of the album (except remixes and the festival performance) refer to real Nebulas that have been recorded in official astronomical catalogues by famous scientists. If you look for information about these Nebulas while listening to the album, then your listening experience will be an augmented one.” Billy Yfantis plans to experiment with new instruments and technologies for the recording of his 6th full album, with a release schedule in late 2022. Stay tuned for more information!

17. Into the unknown (Cinematic Remix)

Listen to the new album here:

Vasileios (Billy) Yfantis holds 2 Master Degrees in Information Technology and is a Ph.D. candidate in the University of West Attica by conducting research on e-government. Billy has been working on music since the late 1990s by experimenting with tape mixing and sound design. Billy is playing digital keyboards, but prefers to express his artistic dream through the electronic sounds that come from unusual machines. He has experimented with the recording of vacuum cleaners, electric blenders and other strange sounds that have resulted in musical releases. Moreover, Billy has authored books on music, business and science while from times to times he speaks about the electronic governance at scientific conferences all over Europe.

Famous Quotes (What Others Have Said)

Krautrock legend Harald Grosskopf (Ash Ra Tempel, Klaus Schulze, Cosmic Jokers): “I always like electronic music made by younger musicians who consequently follow their personal instinct, rather than trying to copy what’s already been made in the past, in the spirit of: Whenever you meet Buddha kill him. Keep on tracking Billy!”

Phil Lanzon (Uriah Heep): “I like the track ‘Waiting for the battle.’ Great riff. I can see this as soundtracks to Psycho – punk movies and the like.”

Bobby Borg, (Music Business Author, Consultant, Professor): “This is fkn bad ass music that everyone needs to hear… imagine the coolest meditation music out there and the coolest sci-fi movie soundtrack rolled into one! Stream it and trip out today.”

Steve Whitfield (Producer and engineer of The Cure, The Mission UK): “This music is crying out to be used in films but at the same time it’s great to just sit back listen and immerse yourself in them without any moving images and let your imagination run wild!”

Snowy Shaw (ex-King Diamond, Therion, Mercyful Fate): “I didn’t know what to expect when I had this album sent to me by the composer Billy Yfantis. To be perfectly honest, 9 times out of 10 when people send me their new album it makes me feel a bit uneasy and awkward. Firstly because I don’t listen an awful lot to contemporary music and secondly, even less to other metal & hard rock artists due to lack of interest and I don’t wanna hurt their feelings. I don’t mean that in any rude, disrespectful or arrogant way, but I’m into creating my own music, not so much into consuming music of my peers. However, this was something entirely different. I’m not even sure it’s considered music, but it’s the kind of atmospheric and meditative type of sounds that I’ve been listening a helluva lot over the past few years to try relax and cope with my stressful, turbulent life, constantly on the verge of being burnt out. That being said, I liked it and it made me calm, mindful and sleepy. Presumably the worst kind of reaction my metalhead peers would wanna hear about their new album but in this case it’s probably the best sort of compliment one could get.”