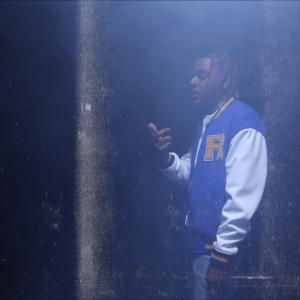 Brooklyn rapper, producer Pesh Milli delivers “Another One”, a trap style beat that brilliantly demonstrates how far he has come as an artist.

Pure and simple, Milli is a man on a mission. His ability to take inspiration from all kinds of hip-hop — East Coast grittiness, West Coast cool, Dirty South rambunctiousness, and even the hookiness of pop-rap whenever he chooses to step into booth has resulted in a steady stream excellence. As a result, “Another One”, serves as both a declaration and testament to what he can deliver when he flexes his unique vision and skillset. In the music industry, hard work regularly beats talent…but when both ingredients coexist seamlessly in the same artist, that’s when magic like “Another One” happens.

With the assistance of engineer/hip-hop artist Miles “Jah” Keller and producer Grizz La Flare, “Another One” is built with the same attention to detail fans have come to expect from Pesh Milli, from his 2021 debut album “OK 4 Now” to his most recent 2022 single, “V ROY”, demonstrating both the breadth and the depth of his talent.

After seeing Pesh Milli perform “Another One” at DistroFest last month, CEO of WhoMag? Rob Schwartz praised “the perfection of its relentless power and adrenaline.” As per usual Pesh has brought his mastery to bear on “Another One”, pushing his skills further to paint a picture of urgency and desire. His time is now – success is a necessity if he is to achieve the many milestones he has set for himself.

Envisioned by Denity, the video plays like a dream brimming with attitude and imagery that represents what success might look like in the mind of an upcoming hip-hop artist like Milli. Complete with all of the trappings of fame, as well as a visual Easter egg (a Phillies fitted cap), Milli symbolizes his recent signing with Philadelphia/South Jersey boutique label, Blue Collar Records.

The message of the video is clear: Pesh Milli not only understands the game, he’s in it to win.