Check out “Bloody Angola” where you get your favorite podcast! 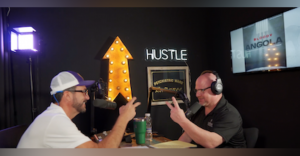 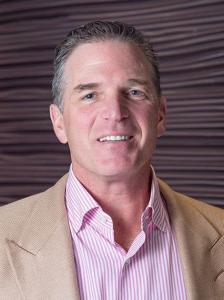 “Bloody Angola” tells the complete story of Louisiana State Penitentiary at Angola, the largest maximum-security prison in the United States in addition to being one of the oldest and most historical prisons still in operation.

The historical side of the podcast takes listeners on a journey through the notorious prison’s horrid past as a slave plantation and through the late 60’s and early 70’s when Louisiana State Penitentiary was known as “The Bloodiest Prison In America” all the way up to its current state.

The podcast also provides an inside look of the prison through interviews of former staff, and those formerly incarcerated at the prison.

The hosts of “Bloody Angola” are both award winning podcasters in their own right, with Overton just last month winning four awards at the prestigious People’s Choice Podcast Awards including Best Male Host, Best True Crime Podcast and Best Storyteller-Drama podcast and 2022 Listener Influencer of the Year for his work on “Real Life Real Crime” Podcast which he founded in 2019. Agovino and Workhorse Connect also secured the sales distribution rights to this series. Chapman is also coming off of a great year having been a finalist in 2021 and 2022 for a People’s Choice Podcast Award for best Business Podcast for his work on Local Leaders: The Podcast.

The Launch of Bloody Angola was remarkable with the first episode entitled “The Walls” rising to #5 on the Apple Podcast download charts. Bloody Angola has remained in the top 25 since that episode and now closes in on the midway point of season 2.

Agovino who previously successfully conceived and led two start-up businesses to over $50M in annual revenue has been published in Mashable, TechCrunch, Time, The Wall Street Journal and numerous digital and mobile media focused blogs and publications.

Agovino has also produced multiple charting podcast series and was named Patreon ”Top Creator” in 2018. Agovino has also been recognized as one of the 40 most powerful people in audio for five consecutive years and in 2011 was named “Digital Innovator of the Year.”

Mike Agovino arrived in Louisiana by way of Los Angeles in 2021 after noticing a gap in podcast popularity in the Gulf Coast market and specifically Louisiana.

Agovino set his sights on finding the top talent in the state of Louisiana that can build the southern states podcast media market to unfathomable levels and firmly believes he has found that with Overton and Chapman.

“Woody Overton and Jim Chapman are two of the best podcasters in the entire state of Louisiana, hands down, and we are excited to partner with them as they continue to rise in the podcast media space” said Agovino.

Bloody Angola can be listened to via Apple Podcast, Spotify, and all other podcasting platforms as well as watched via their popular YouTube channel they have dubbed the ‘Angola Experience”.