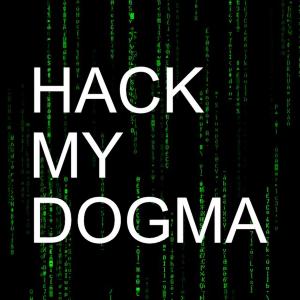 DARMSTADT, GERMANY, April 5, 2022 /EINPresswire.com/ — Renowned youtube channel Hack My Dogma. recently revealed 5 eye-opening facts about unboxing videos. He pointed out several points that proves that those kinds of videos are simply a time waster for the audience and pointless. But the main point of the video is not to demotivate the unboxing videos rather it is pointing out the main fact about these videos to make these videos more relevant and useful for the audience.

Hack My Dogma pointed out 5 specific points regarding unboxing videos. This is for the first time that someone has pointed to unboxing videos and showed the truth for the audience. The facts that youtuber talked about are explained below:

Youtube showed that most of the unboxing videos are full of irrelevant shots. Without any reason, they used to show common video clips in the middle of the video. So, it looks like they are showing something valuable. But, which in fact, has no relation to the unboxing video. Youtube showed how pointlessly they filled up their videos with unnecessary common video clips. In his video, he brought up an example of an unboxing video where he showed how that video was just wasting time by showing some pointless drone shots which are completely irrelevant to the video. Like drone shots of deer and drone shots of a boring first flight.

Another important point that Youtuber found out is bragging about the company. He showed that instead of a true review these videos are used to brag about the product. However, the audience wants to see the real review of the product, if it is worth the investment or not but the reality is, this is not going to happen anymore in this kind of video. All over the video, the audience will know only the good things about the product. Hack My Dogma youtube channel said this is not something that should be done in the unboxing videos. It is completely breaking the heart of the audience. As Youtubes, they must be honest with their audience and must fulfill their expectations instead of just bragging about the product.

Another big fact about the unboxing videos that was revealed by the Hack My Dogma is pointless drama. Instead of being straightforward forward they showed how this kind of video used to show more dramatically. It is true that the videos need to be dramatic in some cases but not too much. Too much drama makes it fake and unrealistic. In the channel, the Youtube shows how pointlessly Unboxing videos made the drama of just opening a box. It is pretty simple to do and there is no need for such drama. Rather they could have shown it in a very normal way. Like a guy showing a box and then just opening it without too much drama. In another sense, it is pointless and funny. As explained in the video, Youtubes show how they make drama by just showing a camera of a DJI Mini 2 Drone. Besides they also dramatize the opening of the box which can be shown in a very simple and realistic way.

Youtube found that all the unboxing videos are filled with time consuming pointless videos.Without showing video faster the unboxing video on youtube used to show pointless product shots in slow motion. Like showing the box a couple of times slowly, showing the product again and again slowly, and mixing those shots with common video clips which have no relation to the product. Hack My Dogma channel Youtube showed an unboxing video of the DJI mini2 drone, that drone a couple of times from all sides, with or without a box. Whereas this can be shown just one time in slow motion. In the middle of the shots, they also showed the flying clip of the bird which has no relation to the video. This is how the Hack My Dogma pointed out how these video makers just waste valuable time of the audience with these pointless shots.

Along with the pointless shots Youtube also proved that unboxing videos are full of pointless actions. They showed in the video how these videos pause on the manual of the product which completely has no point. They showed how to plug the cable which is already known by the audience, and also showed how to open the cover of the camera which is not needed at all. All these sums up too many unnecessary things packed in these kinds of videos. The Youtube mentioned that instead of these pointless actions, the Youtube of the unboxing video could simply unbox the product and talk about it. Instead of reading out the features from the box, they could have talked about the function of the feature in detail. Like if the feature says night mood then they could have said the benefits of the night mood.

Unboxing videos are one of the favorite videos for tech lovers. As a Youtuber, everyone should understand the audience’s expectations and must fulfill them through their videos. But if it can’t be filled by Youtube then they might lose the audience and also waste the valuable time of the audience. So, all these must be relevant and must talk about the product instead of just some pointless act. However, this truth was completely under the shed and not have been discovered by anyone before. Thanks to the Youtube channel Hack My Dogma for bringing this up in front of the audience. Now it’s on the audience who will decide whether or not they will avoid these videos or not.

The video that revealed these eye-opening fact about Unboxing videos can be found here : https://www.youtube.com/watch?v=nWrtoI2fx1A&t=2s