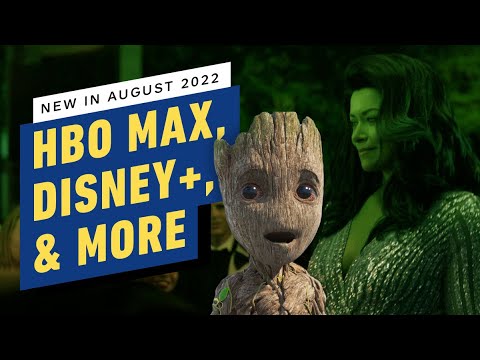 August is here and if you want to stay inside avoiding the heat watching tv, then look no further! Whether you subscribe to Netflix, Prime Video, Hulu, or any of the other major platforms, we’ve got you covered in this video.

Coming to Netflix this month is The Sandman, as well as Season 2 of The Cuphead Show, and DOTA: Dragon’s Blood Book 3. Run as fast as you can to Prime Video if you wanna watch Sonic the Hedgehog 2. Also on Prime is I Love My Dad starring Patton Oswalt. Marvel fans rejoice because Disney+ is releasing I Am Groot and She-Hulk: Attorney At Law. Over on Hulu you can watch the new Predator movie titled Prey. If you’re subscribed to HBO Max and enjoyed Game of Thrones, you can get hyped for House of the Dragon coming this month! We’ve got Beavis and Butt-Head, as well as season 3 of Star Trek: Lower Decks coming to Paramount+. Apple TV+ subscribers can check out the new Skydance Animation feature film, Luck, or the final season of See starring Jason Mamoa. Bill Nye The Science Guy has a new show coming to Peacock this month. Also available on that same streaming service is They/Them, a horror film set in a conversion therapy camp. Last but certainly not least, we have Rwby: The Ice Queendom, and Lycoris Recoil, both releasing episodes throughout August.